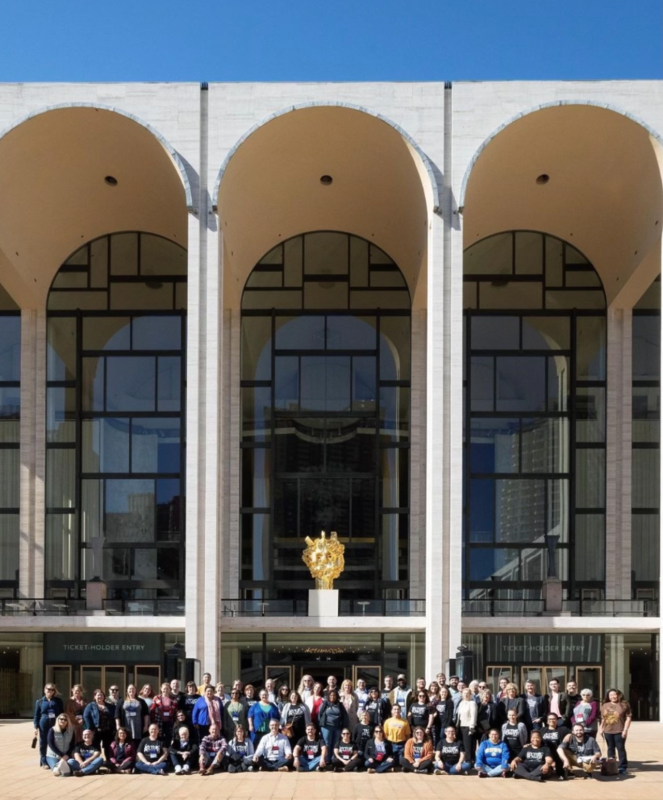 In 2023, Lawrence County School District students will have the opportunity to study a topic they may not have previously considered- opera. New Hebron Attendance Center Librarian, Rhonda Little, will conduct the program throughout the county with the aid of educators at each school site.

Little first learned of the program, Met Opera HD Live in Schools, through her son and daughter-in-law. Her son is a tenor in the chorus of the Metropolitan Opera and her daughter-in-law works as an actress. The director of the program at the time, Dan Marshall, wanted to launch the program in all 50 states. When Lawrence County was selected, only Rhode Island and Mississippi remained needing a launching district.

The program began in New York schools and partners with schools for opera education. Little was able to attend a conference in New York City this fall, which explained the program in detail and allowed her to network with Met Opera representatives and those who will conduct the program in their home states.

Lawrence County School District is the first district in the State of Mississippi to give this opportunity to students. Younger students will view Met Opera on Demand at their school sites. The opera chosen for viewing by these students is “La Cenerentola” (Cinderella). Using this familiar tale will allow students to complete a workshop on opera and learn about the art form in a fun and engaging way that is easy to understand.

Older students will travel to the movie theater in Pearl for HD Live, where they will view the comedy "Falstaff". This production will include backstage interviews to give viewers a complete picture of the opera experience.

The district thanks Mrs. Little for her dedication to this project, and we look forward to bringing the world of opera to Lawrence County in the new year!